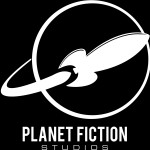 Recently I’ve been providing the creative direction for a couple of projects that won’t be seen for quite some time.  With launch dates a considerable ways off I was pleasantly surprised to be engaged in a conversation about possible marketing campaigns.  We began talking about teasers, trailers and, of course, the teaser for the trailer (probably created by the same geniuses that thought filling your TV screen’s corners while you’re watching something with clips of upcoming shows was a good idea).

Game and film studios will spend massive amounts of money on marketing.  Often more than the project’s production budget.  Much more.

Which is a hard thing to deal with when you’re scrounging for every project penny.

So what do you show?

Too much footage, plot and reveals leaves would-be consumers saying “Well, now I don’t need to see the whole thing, I already know everything that’s going to happen.”

Too little of your project means your project gets lost amidst the countless other entertainment offerings bombarding everyone on this planet on a variety of devices hourly.

I decided to do a little surfing.

No. Not the good/healthy/soul cleansing kind.

The kind you always look back on and realize there’s an hour of my life you will never get back.

Most studios think YOU, the consumer, are stupid.

The entertainment industry, for the most part, has lost its mind.

I suspect that most people partake in a little Netflix action weekly, if not daily.  There are multiple ways to download, rent, purchase and view movies and television series.  Many, many people partake on a regular basis.

So I’m pretty sure people understand, or at the least, grasp what can and usually does happen in a narrative.

But studios (and by ‘studios’ I mean those ‘people’ in charge of trailer decisions) feel most people need a lot of info to get their asses in theaters.

A LOT of info.

Thaaaanks for telling us the twist in this trailer.  I love it when a horror movie gives me the heads up months in advance.

A trailer about Tom Hanks by himself on an island?  I’m in!

Oh, there’s more? He’s in a plane crash, befriends a volleyball, grows a beard, escapes on a raft, gets home four years later and sees his wife.

You kinda had me at TOM HANKS…

Forget it.  But thanks for saving me a few bucks by showing me EVERYTHING.

Whatever happened to getting people excited?

Whatever happened to getting people intrigued?

I have been a part of many production teams in my career.  Sometimes working over the course of a few years on a single project.  I know what it feels like when marketing steps in and creates a plan to show your work to the public.

Sometimes it works, other times it doesn’t.  As a producer I have been very aware of other influences, of nervous share holders, of panicky leadership.  It’s never quite black and white on what is good or bad.

It’s brutal when a trailer harms a production.

Disrespect towards those who put their time and efforts into creating something.

Disrespect towards those who worked their entire lives to reach a point in their careers where their animation/music/words/stunts/SFX/VFX/framing/passion/blood/sweat/tears are to be experienced by audiences.

There is nothing worse when working in the entertainment industry to see your project put into the hands of those who don’t care or try.

A few that have, in my opinion, done it right.

Even if you didn’t like the movie, you have to admit this trailer got your attention.

Especially when nobody even knew this movie had even been made.  The trailer was the first glimpse of anything.

(is it me or are there some similarities with these BAD ROBOT produced movie posters…?)

I levitated out of my chair when I first saw this trailer.

What do you mean ‘in space no one can hear you scream’?

A good rule of thumb for making a trailer?

Take your final edit and cut it in half.

Going to the movies has always been a thrill for me.

I love when a first glimpse, months before, transitions into that special, giddy sense of anticipation as the theater lights dim.

Stop with the disrespect towards the movie goer.